Currently, the best results can be obtained for Moyamoya disease by surgical intervention. The surgical outcome and recovery are not good if the patient has already suffered major strokes. Hence it has to be done early in the course of the disease when the medical assessment is made.

A rare vascular disorder that affects the brain is Moyamoya Disease. This condition is usually seen in children between the ages of 5-10 and adults between the ages of 35-50. The precise cause remains unclear, although some genes have been related to the disorder. This disease is generally seen in denizens of West Bengal and North East India in India.

This disorder causes the main intracranial blood vessels to steadily narrow, providing blood to both hemispheres of the brain. By opening up previously non-functioning small vascular connections between the adjacent blood vessels to increase the blood supply, the body seeks to compensate for the decreased blood supply.

As the disease progresses, the blood flow to the brain steadily reduces, despite the best efforts, and a period of decompensation occurs. There is an imbalance between the availability of blood oxygen and brain requirements. In the above example, the patient begins to experience initially fleeting neurological defects that lead to symptoms such as fatigue, headaches, seizures that ultimately worsen and result in varying degrees of permanent neurological deficits.

Moyamoya disease diagnosis is primarily performed with MRI and MR angiogram (MRA) or CT angiogram. The MRI suggests the presence of any infarction or bleeding and the presence of serious damage to the brain. MRA shows the patency and caliber of brain blood vessels. It indicates the narrowing of blood vessels and the presence of open vascular channels that try to shore up the flow of blood to the brain. Visit the Best Neuro Hospital in Bangalore to avail of comprehensive medical treatment for moyamoya disease.

A slightly invasive procedure known as digital subtraction angiogram (DSA) will be needed if the diagnosis on MRI can not be made with certainty. It is the gold standard and can irrefutably develop a diagnosis. In some cases, ancillary tests such as SPECT scans can be performed to functionally demonstrate the adequacy of the blood supply.

Untreated patients have a poor prognosis of severe neurological deficiencies, including 70-75% deaths in two years.

Blood-thinning tablets (aspirin and clopidogrel) are used in medical management to prevent small clots from developing that can block the already weakened narrow blood vessels and cause a stroke. However, while the likelihood of potential stroke appears to be minimized intuitively by drugs, it does not prevent the development of the disease, and a large number of patients experience strokes in the months or years ahead.

The best outcome for Moyamoya disease is currently provided through surgical intervention. The surgical results and improvement are not good if the patient has already suffered serious strokes. When the diagnosis is made, it has to be done early in the process of the illness. Surgery prevents stroke and neurological deficits from occurring but does not reverse the effects of an already sustained stroke.

Get the Best Moyamoya Disease Treatment in Bangalore at Aster RV Hospital in JP Nagar. Dyslexia Guide for Parents and Teachers Blog
All About Moyamoya
Currently, the best results can be obtained for Moyamoya disease by surgical intervention. The surgical outcome and recovery are n...
Dr. Dhananjaya I Bhat 30 September 2021 Blog
What are the COVID-19 precautions...
Dr Dhananjaya Bhat, Senior Consultant - Neurosurgery is sharing insightful information about the department of neurosurgery at Ast...
Dr. Dhananjaya I Bhat 27 March 2021 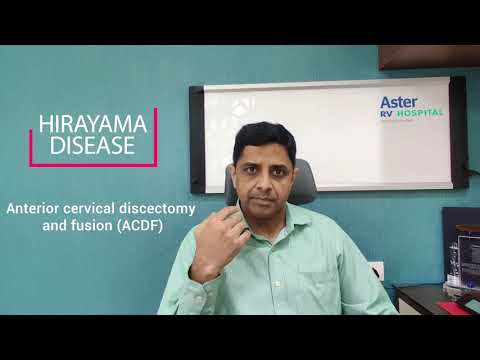