Losing ability to swallow - What does it mean and how to cure? For the past 21 years, Marjana, a 27-year-old from Lakshadweep weighing just 26 kg was in a near state of starvation. She has been experiencing the feeling of food getting stuck in her throat, difficulty in swallowing and frequent regurgitation.

After 21 years of not being able to diagnose this disease and taking medicines for bloating and regurgitation. Marjana is on the path of recovery for a better life. Marjana, who was very recently hospitalized at Aster Medcity, Kochi, Kerala, returned to her hometown Lakshadweep within days after her treatment, that too completely cured.

Marjana was symptomatic from six years of age and was diagnosed with a rare condition called Achalasia cardia. The disease is characterized by difficulty in swallowing food, regurgitation , belching, heartburn and chest pain. With the advancement of medical technology, even this rare condition can now be treated safely and effectively by endoscopic methods. This feature portrays the condition and its treatment and how Aster Medcity, Kochi was instrumental in giving her a new lease of life.

What is Achalasia Cardia?

Achalasia Cardia is a rare motility disorder of the oesophagus, caused by progressive damage to the nerves of the oesophagus resulting in the loss of peristaltic movements and impairment of the normal swallowing function. Due to the inability of the musculature to relax, the food gets stuck in the lower esophagus causing the above symptoms.

Achalasia cardia is an insidious disease usually seen in the age group 25-60 years. The exact cause of the damage to the nerves is still unknown. It is usually diagnosed on an upper Gastrointestinal endoscopy and oesophageal manometry in symptomatic patients.

The treatment options include medical management, endoscopic methods to disrupt the non relaxing muscle by the use of special balloons and by the standard surgical procedure called Hellers Myotomy. The patient had been suffering from long drawn out symptoms over 21 years, It was found that food had accumulated along the length of the oesophagus up to the lower neck and had damaged the oesophagus structurally. The dilated oesophagus was pushed to the right side from its normal left side due to the long standing symptoms which was evident on radiographic imaging.- As the oesophagus was grossly dilated -None of the above mentioned treatment options were going to work and hence the more definitive surgical removal of the entire oesophagus was the only respite.

A prolonged ICU stay and the complications associated with a major surgery would prove too much for this lady who was just 26 kg. Hence we resorted to a relatively new advanced endoscopic procedure named Per Oral Endoscopic Myotomy (POEM). This is a minimally invasive treatment with the added advantage of minimal post-procedure hospitalization and complications. The procedure is advanced, requiring immense skill and is currently carried out only at selected centers in India. The patient was discharged on the third day after the procedure with an uneventful post recovery phase.

Marjana started showing symptoms from the age of six. So severe were her symptoms that she had to discontinue her schooling after Grade 2. The lack of food and nutrients resulted in general debilitation. Mobility became a cause of concern as her limbs shrunk.

Over the years, her family had taken Marjana to hospitals across Kerala, where she had been on numerous medication protocols, without any long-term succor.

They were always sent back home with the verdict that it was digestion issues. But her health was declining day by day. A team of doctors from the Gastroenterology Department of Aster Medcity, Kochi, confirmed this rare condition called Achalasia Cardia.

Surgery be it Endoscopic or Laparoscopic is the sole solution for treating Advanced / Long standing Achalasia Cardia. With the advanced medical technology and the availability of specialists, Achalasia Cardia, no matter how critical it is, can be completely cured and patients can get back to their normal lives in a very short span of time. Advanced treatments like POEM are available at Aster Medcity, Kochi for treating conditions like this. Many people including kids to seniors have regained their normal life from Aster Medcity with this high-precision procedure. There were no complaints of additional issues from the treated patients after they were discharged from the hospital. 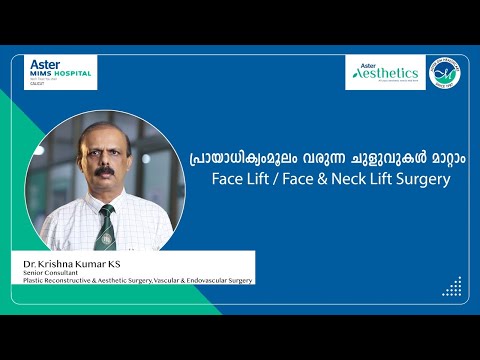